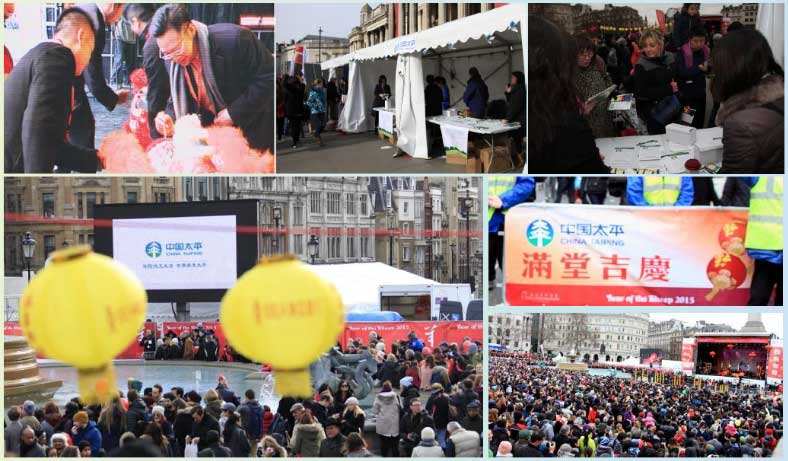 Mr Jinhai Geng, CEO of China Taiping UK and a number of staff participated the event celebrating Chinese New Year and promoting the business to the crowd in Trafalgar Square.