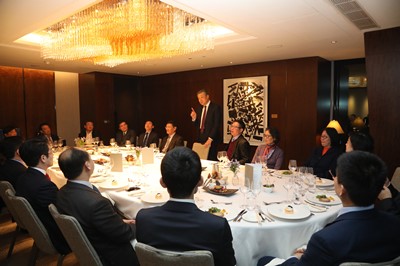 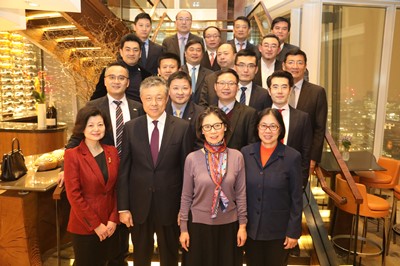 Ambassador Liu Xiaoming said that 2017 was the 45th anniversary of the establishing diplomatic relations, the ‘golden era’ of Sino-British relations has undergone in-depth developments. In 2018, the relations will face new opportunities for further accelerating development. At the start of the New Year, the British Prime Minister, Terresa May paid a successful visit to China, the leaders of the two countries reached an important consensus on further enhancing the strategic, pragmatic, global and inclusive Sino-British relations. The two sides signed a commercial agreement of nearly 10 billion pounds. The Chinese-funded enterprises in the UK have played an important role in promoting the development of bilateral relations, especially in deepening the pragmatic cooperation between the two countries. All Chinese companies should continue to make persistent efforts to seize opportunities; create new ‘Bright Spots’ for cooperation in the ‘Belt and Road’ Initiative and contribute more ‘Golden Fruits’. Ambassador Liu Xiaoming also answered questions raised by the Chinese company’s representatives about Sino-British economic and trade relations; the ‘Belt and Road’ Initiative cooperation, China-EU relations and the UK-EU Brexit negotiations.