On May 31st, the 2nd Anniversary of the Association of Chinese Insurance Professionals in the UK (ACIP) was held in the City of London. Chinese Embassy in the UK Commercial Section Minister, Counsellor Mr Xu Jin; Official of the UK Department for International Trade, Alexander Milne; Representatives of the Chartered Insurance Institute (CII); executives from many Chinese-funded insurance companies in the UK and several major UK insurance companies; presidents of many British Chinese Professional Association and ACIP members attended the event. 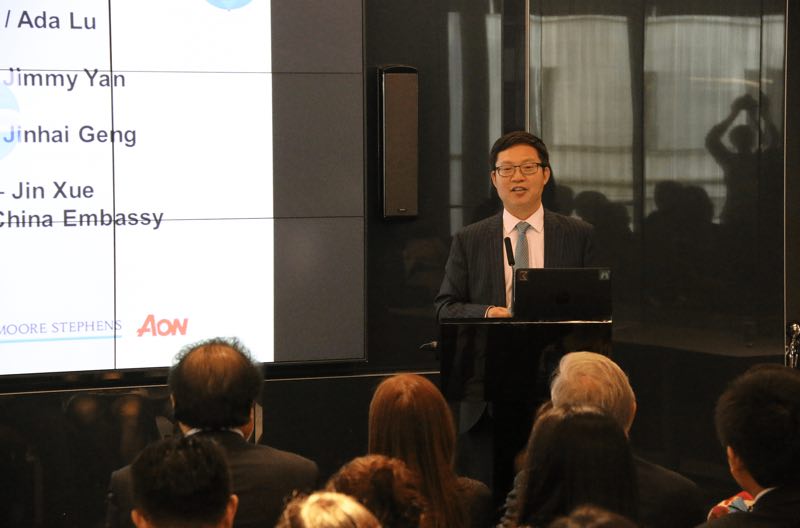 The Honorary President of ACIP, China Taiping Insurance (UK) Co Ltd. CEO, Mr Jinhai Geng addressed the ceremony. He said that since its establishment, the association has attracted many new members and expanded the platform for exchanges and cooperation between Chinese Insurance professionals and their British counterparts. “Belt & Road initiative” is China’s development strategy for Globalization. The ACIP hopes to continue to absorb many new members, promote the interaction and in-depth cooperation between Chinese and local insurance industry and push the construction of the Belt & Road Initiative further. Furthermore, China’s ‘Opening up’ also requires a large number of cross-border insurance talents, in this sense, ACIP and its members have much to offer.

The President of the ACIP, Mr Jimmy Yan, summarized ACIP’s excellent work over the past two years. He said that in order to meet the purpose of ACIP, our staff have worked hard; including promoting the exchange of information, knowledge and skills, communicating and integrating industry resources, organizing various forms of activities and seminars and establishing relationships and friendships among members. All that excellent work has made the association gradually become a veritable Business Network Platform and Information Centre, Talent Repository and Industry Promoter - ‘Good Ambassadors’.